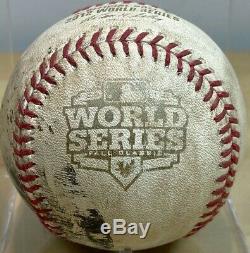 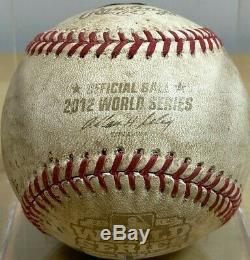 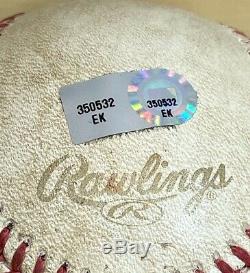 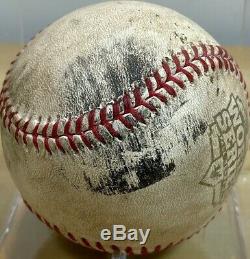 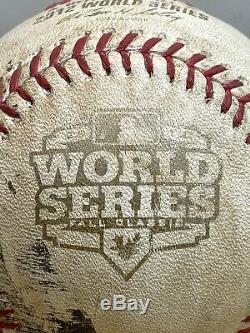 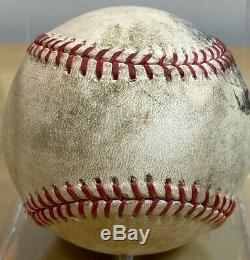 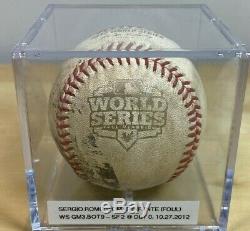 For sale is a truly unique collectable from game 3 of the 2012 WORLD SERIES, held in Detroit between the San Francisco Giants and the Detroit Tigers. The Giants would win this game by a 2-0 score, en route to a 4 game sweep. This would be the 1st and only World Series victory for starter Ryan Vogelsong, who pitched a solid 5.2 innings of shutout ball.

This specific ball was used for just one pitch- the second to last pitch of the game- in the bottom of the ninth inning. Sergio Romo was on the mound facing Omar Infante, who Romo retired for the final out of Game 2. Romo pitched aggressively to retire Infante by strikeout, and this ball would be fouled off the screen as the 5th of 6 pitches in the at-bat. Infante would strike out swinging on a foul tip on the next pitch, and Romo would receive a'Buster Hug' and the final pitch game-ball. Though it did not record the final out, this ball is about as close as you can get to a World Series'save ball'.