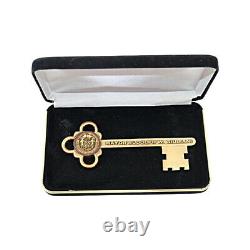 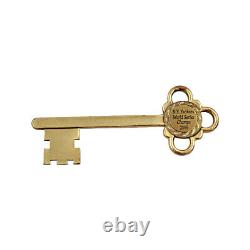 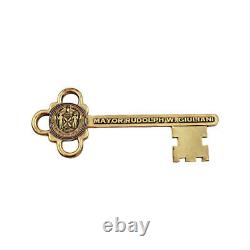 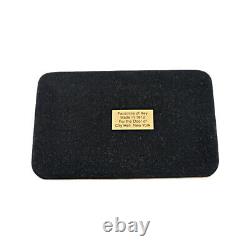 KEY TO THE CITY PRESENTED TO THE 2000 YANKEES. Offered here is one of the actual Key's To The City presented to each member of the team. Engraved on the front of the key is former New York City Mayor Rudy Giuliani's full name. Printed on the back is N. Yankees World Series Champs 2000.

Their Subway Series World Series Victory over the New York Mets gave the Yankees their fourth championship in five seasons. Includes the protective felt case exactly as handed to the players and staff of the team.