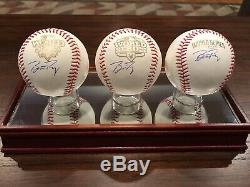 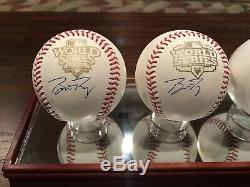 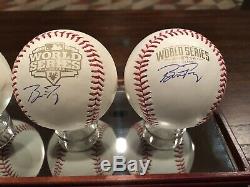 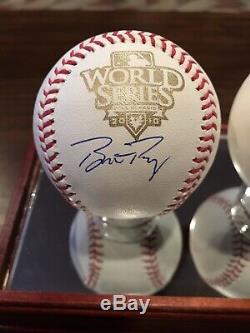 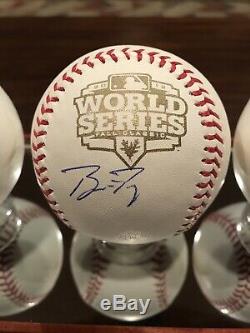 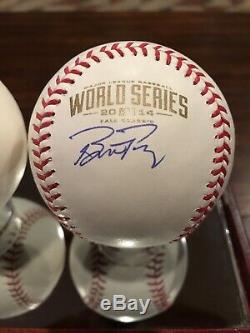 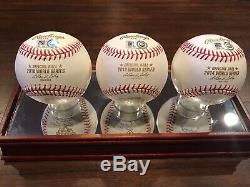 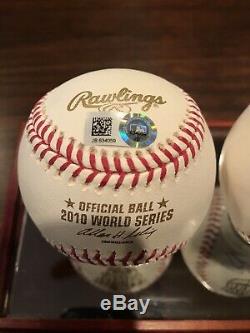 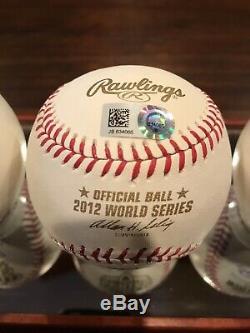 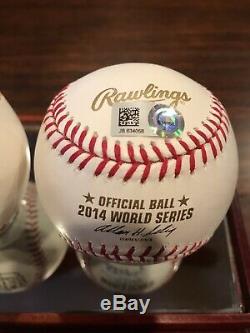 Buster Posey Autographed 2010, 2012, & 2014 Rawlings Official World Series MLB Baseballs Set. Major League Baseball (MLB) Authenticated. Posey, the Giants Star Catcher, signed each these baseballs with a blue ball point pen just below the World Series Logos. Each ball represents each of the World Series won by the Giants and Buster Posey. These baseballs were signed at a private signing in March of 2016 (in Arizona during Spring Training) held by LOJO Sports, LOJO Sports had the exclusive autograph contract with Posey.

The autographs were witnessed by a Major League Baseball representative and they authenticated each of them. Each of the balls have MLB serial numbers holograms.

Each serial numbered ball can be looked up on the MLB Authentication website. The mirrored wood ball case is NOT included.