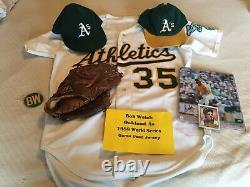 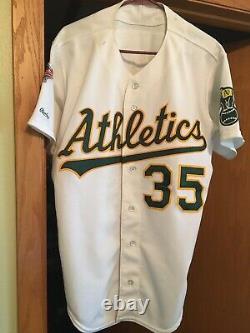 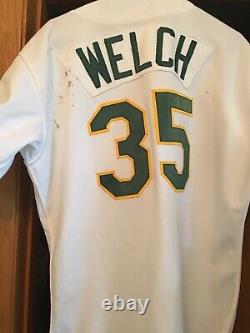 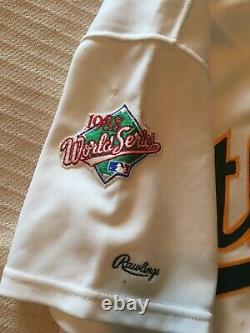 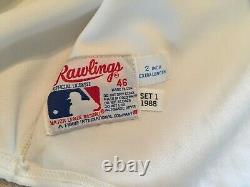 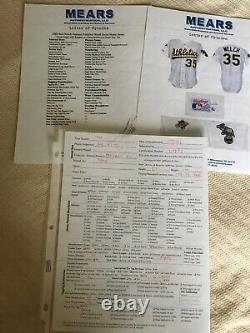 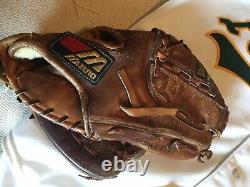 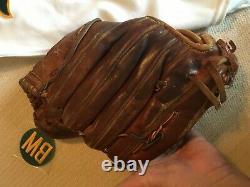 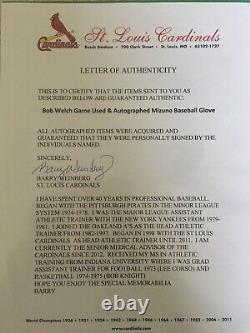 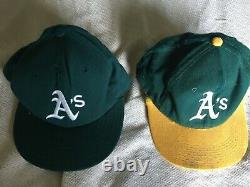 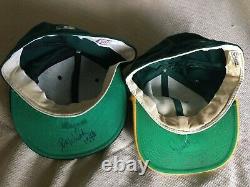 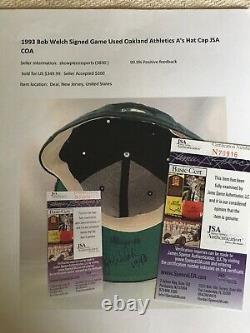 Offered is a very special lot of Bob Welch Oakland Athletics game used items that were collected individually by myself over the last decade. Bob Welch 1988 game used Oakland As jersey with the 1988 World Series patch.

Included is a Letter of Opinion from Mears Authentication from September 2016. It notes restored Nameplate as the only uniform part not original. The jersey shows heavy use with some brown spotting. Bob Welch game used Mizuno leather pitching/fielding glove which is autographed by Welch.

The glove shows great use. It was acquired from the personal collection of long term baseball trainer Barry Weinberg. Included is a Letter of Authenticity signed by Barry. 1993 Bob Welch game used Oakland As hat/cap.

The hat is a New Era size 7 1/4. Bob's last name and number 35 are written inside the cap's bill and Bob later autographed the inside bill. Comes with a certification from JSA. Bob Welch Oakland As game worn hat. Bob's number 35 is written in the inside cap bill. Bob autographed the same area. The hat is a size 7 1/8. The outside of the hat is frayed along a seam but can be trimmed if you wish. I assume he had Bob sign the hat after he found.

Also included are several autographed Bob Welch photos plus other items I have collected related to Bob Welch. If you have any questions, please ask me. The item "Bob Welch Oakland Athletics 1988 Game Used World Series Jersey+Glove+2 Hats LOAs" is in sale since Tuesday, June 8, 2021. This item is in the category "Sports Mem, Cards & Fan Shop\Game Used Memorabilia\Baseball-MLB\Jerseys". The seller is "jabbennett4" and is located in McFarland, Wisconsin.