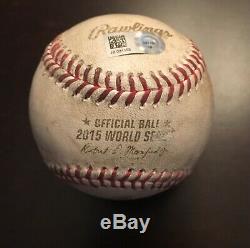 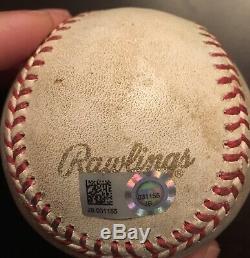 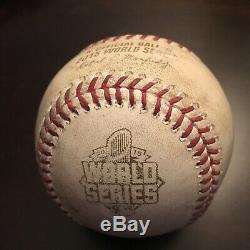 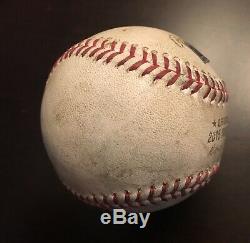 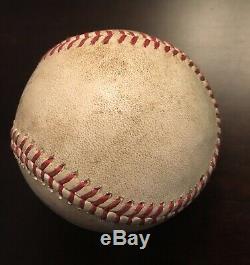 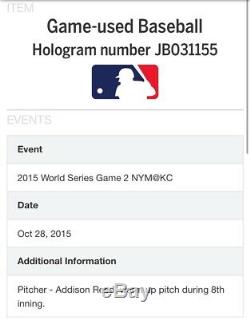 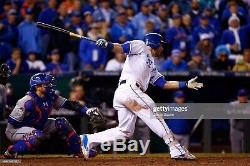 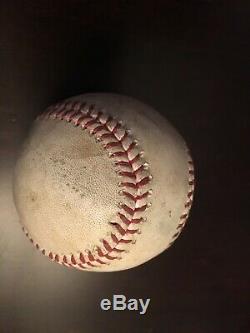 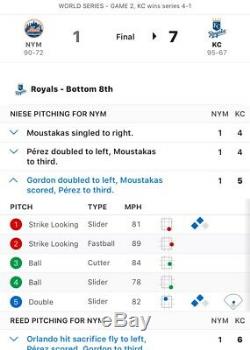 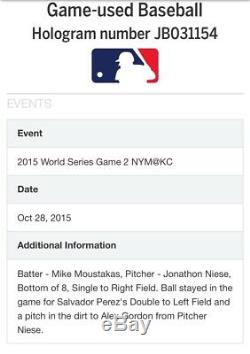 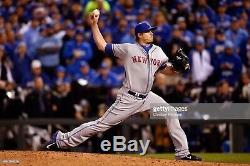 As a collector who knows how the mlb process works, I scooped this ball up knowing it was the RBI hit. After the hit, Norse was immediately pulled by Terry Collins and handed the ball to him. Collins then stood on the mound waiting and gave the ball to Reed. Reed then threw a wild pitch in warm ups and the ball was pulled and authenticated. While MLB only shows the Reed information, they confirmed that they did not authenticate the Gordon hit and would have but it was not pulled from play.

The ball has a black smudge on it as well and Gordon was using a black barreled bat. The ball prior to this one in the database is listed as a pitch in the dirt to Gordon.