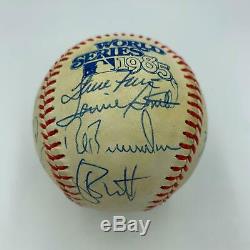 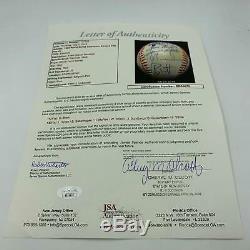 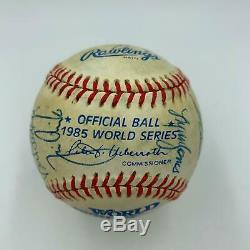 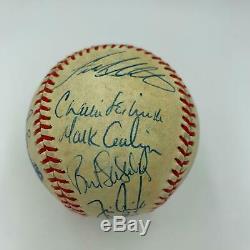 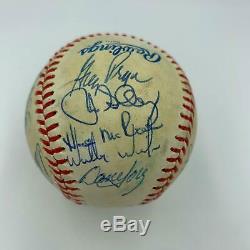 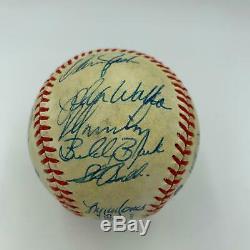 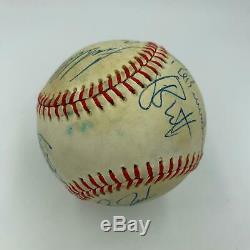 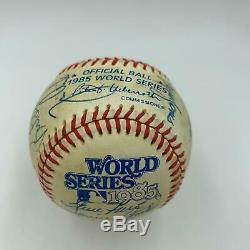 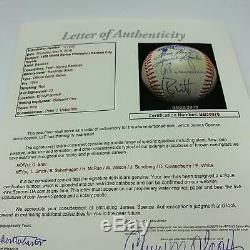 20 members of that 1st Championship team have signed this 1985 World Series baseball. Signatures include George Brett, Frank White, Willie Wilson, Bret Saberhagen, Dan Quisenberry, and others. Nice signed baseball from the 1985 World Series Champs that would be a welcome addition to any collection.

This autographed ball was sourced directly from former sports writer Alan Hoskins. The ball was acquired by him personally and signed in his presence. We specialize in sports autographs and memorabilia. We have one of the largest selections of baseball autographs in the country.