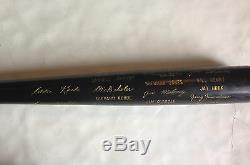 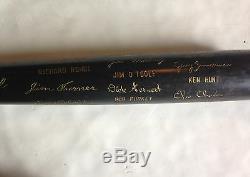 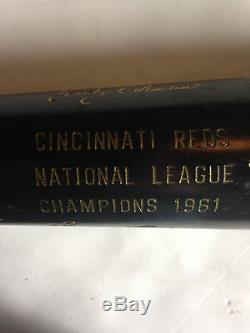 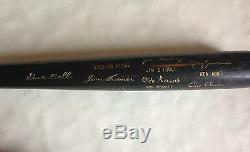 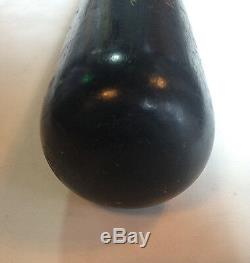 This bat is ingraved with the names/signatures of the players including Hall of Famer Frank Robinson. This is an extremely rare bat that was only given out to the players!!! Must have for any collector! Scott Stimell - Field of Expertise: Baseball. Scott Stimell has owned and operated Cardboard Memories in Commack, NY for over 25 years, establishing himself as one of the premier autograph and memorabilia sellers on the East Coast.

As a former consultant for one of the top authenticators in the world (PSA / DNA), Scott has been called upon for his knowledge and experience worldwide. With regards to his authentication ability. Scott was recently featured on HBO Real Sports with Bryant Gumbel, ABC's TV reality sports memorabilia show "Ball Boys", as well as on the YES Network. He primarily serves as a consultant in the "big three", Mickey Mantle, Joe DiMaggio, and Ted Williams. His expertise is not however limited to only the big three, but extends well beyond.

He and his staff at Cardboard Memories represent the honesty and integrity that is so often lacking in the hobby today. For more incredible pieces of sports history!