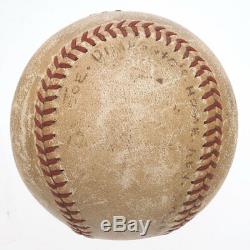 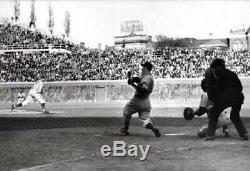 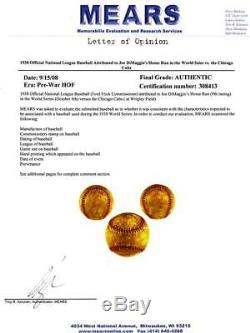 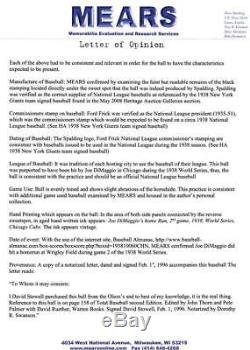 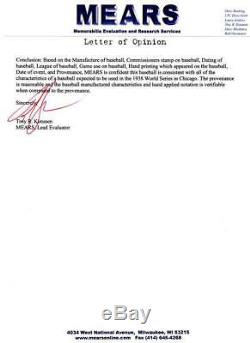 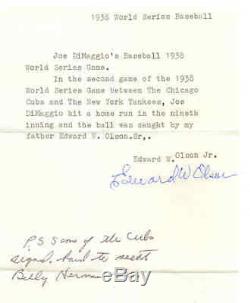 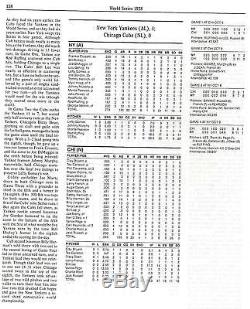 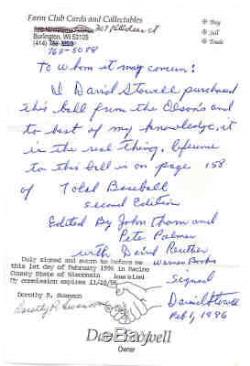 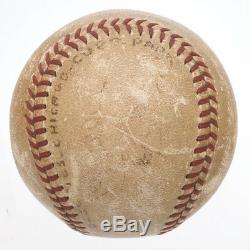 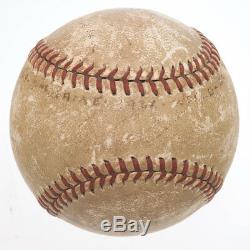 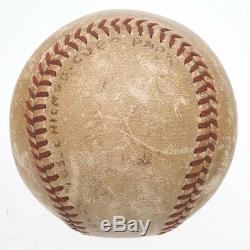 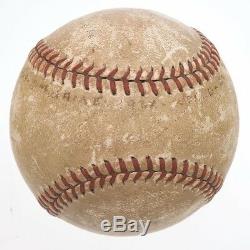 All to infrequent over the last seven decades, Chicago Cubs October encounters were once anticipated with reasonably high hopes. Historically speaking, Joe DiMaggio's thirteen-season career saw annual fortunes in sharp contrast to those of the Cubs. All told, the Yankee Clipper played in more Fall Classics (10) in his short tenure than the Cubs have taken part in for better than a century. The offered ball captures the spirit of both tradition rich franchises.

An absolute treasure, this ONL (Frick) example was purportedly the very sphere that DiMaggio launched for a home run in Game 2 of the 1938 World Series at Chicago's Wrigley Field. With the Yankees clinging to a 3-2 advantage in the top of the ninth inning and Tommy Henrich (single) on base, DiMaggio turned on a Dizzy Dean offering and hit the presented orb into the left field bleachers. The evenly toned ball shows slight abrasions that are consistent with game use. The ONL stampings are correct for the yearas well as for the eventas the host league provided balls for the appropriate contests (long prior to the manufacture of Official World Series balls). Following the curves of the laces, an aged inscription reads.

Dated February 1, 1996, the letter reads (in part) as follows. Reference to this ball is on page 158 of Total Baseball second edition. An additional LOA attesting to the ball's status as a DiMaggio World Series home run ball is signed by the son of the fan who originally retrieved the keepsake. Letter of Opinion from MEARS. The two letters of provenance, from previous owners, are copies of the original letters.

The seller is "giadiamondguy" and is located in Lititz, Pennsylvania. This item can be shipped worldwide.